Vanitas: the vanity of things, in other words: everything passes. Seasons come and go, people get older, plants die and decay. Buildings crack, murals fade, bricks wear thin. A theme that has inspired artists for centuries. This fascinating exhibition shows work from artists from home and abroad that manage to capture the ravages of time in their ceramic works of art.

It is no longer necessary to worry about wrinkles, sagging skin or grey hair. This exhibition pays tribute to decay and shows how beautiful decline can be.

During the Golden Age, the heyday of the VOC (the Dutch East India Company) era, arts flourished thanks to many rich merchants wishing to embellish their houses with art. Within painting, many portraits were commissioned. But also landscapes, mythological and biblical scenes ánd still lives were sold in great numbers. The still lives often look like accidental collections of objects. They were, however, put together very deliberately. And often, they were symbols referring to something else. A frequent theme within these still lives was vanitas, the transitoriness of things. Not only did this make the work of art a status symbol, but also a pious lesson showing guests how virtuous the master of the house was. At the time, the content of the message must have been something like this: ”Remember! This life will pass, make sure that you live a pious life and be aware that you are mortal and that after your death you will either be received by God or turn to dust or something like that…

The vanitas theme could be recognised, for instance, by a flower arrangement in which flowers had been used that in reality never grow simultaneously. A reference to the seasons, to the time that is passing. But often also a little snail was used to refer to decay, and finally, a butterfly symbolising  the soul ascending after death. In addition to flowers, for instance, a fallen empty glass, a blown-out candle or oil lamp and a sandglass or a watch also symbolised the passing of time. Wilting flowers, fruit with brown spots, insects, snails or caterpillars referred to decay and decline. The ultimate symbol of death, then and now, of course, was the skull.

Many of these symbols are also to be found in the works of art in this exhibition.

Chris Vicini’s work is a fine example of wilted flowers. Once they were a virginal white, now they are smeared with snail slime and the irreversible rotting process.

Natasja Lefevre also refers to the world of plants, but in a different way, that is, nature overgrowing everything. Moss or ivy-like structures overgrow her human figures. She also shows decay by combining ceramics with metal breaking through the skin of her sculptures here and there. In this way, the metal construction breaking through the skin: rust literally and figuratively shows decay.

As regards vanitas symbolism, the skeleton and especially the skull are way top of the list and so they are in this exhibition. Skeletons and skulls can be found in all sorts of ways. For instance, as a picture puzzle, small and inconspicuously incorporated in a pedestal of a statue by Michael Flynn. With him, the symbolism is subtle and sometimes to be found especially in the title.

Marja Kennis literally combines the plants with the skull. She uses plaster moulds and slices of porcelain to make casts of plant leaves. She then uses these ‘leaves’ to create a skull. In a serene, almost aesthetic way. She shows the beauty of both plants and the differently formed animal skulls.

The skulls from Barbara Röling are definitely aesthetic, too. Her skulls are multicoloured and baroque. Indeed, the word ‘kitsch’ would not be inappropriate here. They are richly decorated with gold, precious stones, flower motifs, even blobs of whipped cream. Her skulls are not eerie or awkward, but a wild carnival celebration that you just don’t get enough of. Or perhaps, comparing it with the positive Mexican festival of the dead is more appropriate. The brightly decorated skulls pay tribute to the dead.

Cheerfulness or a wink are also to be found in the work from Audrius Janušonis. This Lithuanian artist makes, for instance, a skull clasping a spoon between his jaws on which it balances an egg. Another of his works looks like the wolf devouring Little Red Riding Hood, which is much less pleasant. This exciting atmosphere is also found in Lieven Demunter’s work.
In addition to Janušonis’ work, fairy tales, myths and other exciting stories about death can also be found in work by Michael Flynn, Mariëtte Van Der Ven and Carolein Smit. The first gives his work a frivolous expressive form. Mariëtte van der Ven shapes her fairy tales in a modest way by limiting colour and finishing the skin in a very sterile way. It is precisely this that makes her work even more oppressive.

Carolein Smit, finally, is a master in telling fairy tales and stories. Myths, legends and stories about death. She almost literally creeps into the skins of her figures, which are developed with enormous attention and eye for detail. The vanitas theme  is also a favourite subject with her. It was even the decisive factor in her decision to participate in this exhibition in spite of her overfull agenda.

An exhibition that literally brings about a laugh and a tear, a shiver and a shudder. But that is fine, it makes you realise that you are alive and that you may enjoy it as long as you can!

The exhibition opens at 16:00 on Friday 27 September and will be introduced by conservator Sacha Odenhoven. 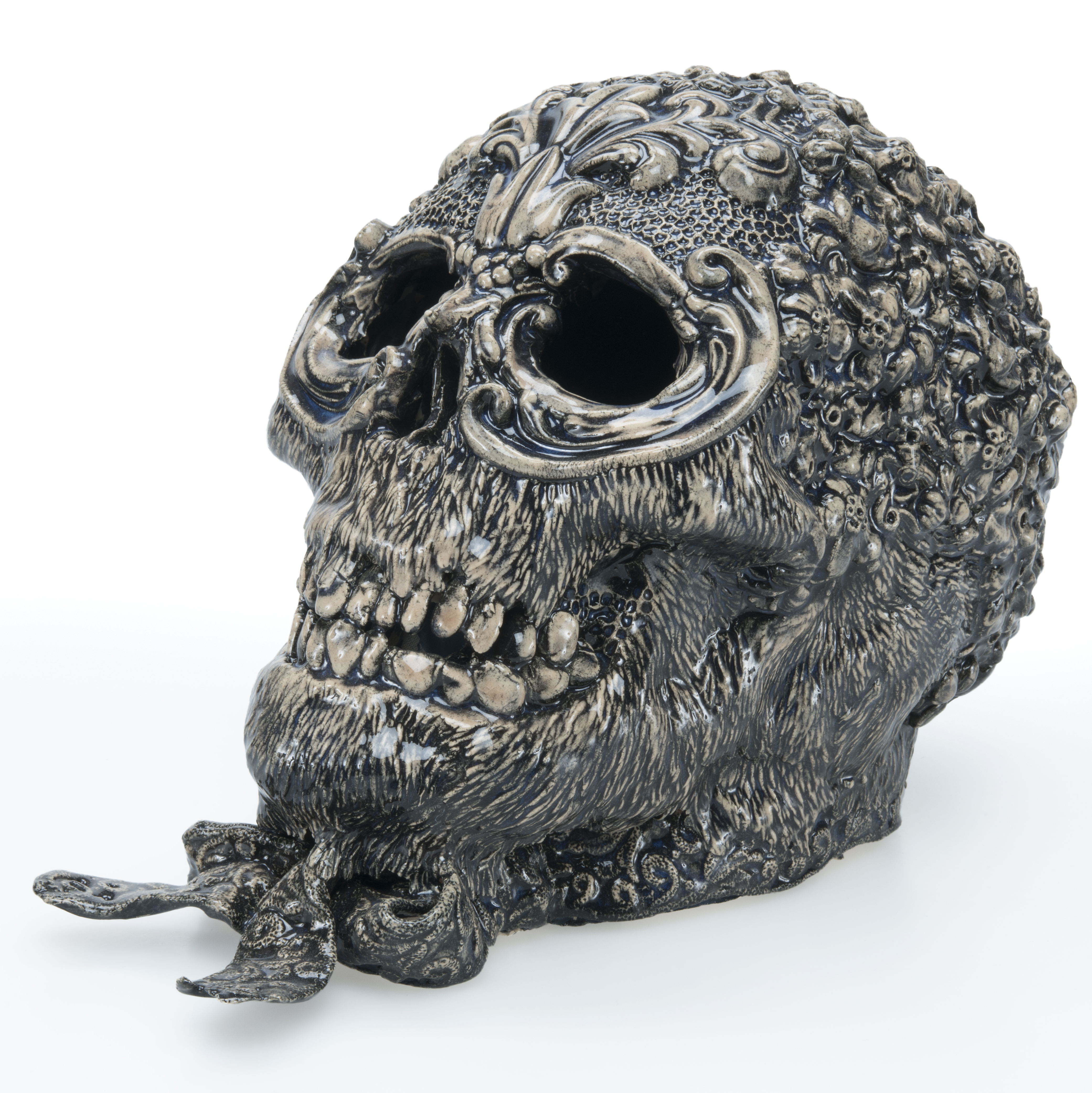 This website uses cookies to improve your experience while you navigate through the website. Out of these, the cookies that are categorized as necessary are stored on your browser as they are essential for the working of basic functionalities of the website. We also use third-party cookies that help us analyze and understand how you use this website. These cookies will be stored in your browser only with your consent. You also have the option to opt-out of these cookies. But opting out of some of these cookies may affect your browsing experience.
OPSLAAN & ACCEPTEREN